We’ve had a number of queries about cycling St. Declan’s Way, so we’re putting all the information together here in a post, for people to access it freely. 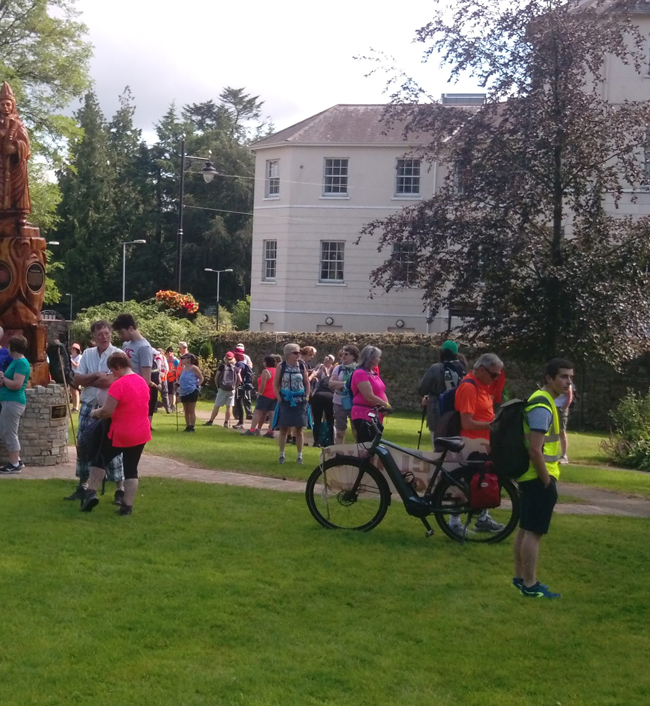 The walking route is 115km, so a good cyclist could handle it in a day. Most of those cycling the route, however, are doing so at their leisure. For those looking for a mid-point stop off, the closest areas are Mount Melleray, Cappoquin or Lismore. You can find places to stay on the Accommodation Page.

You’ll find a lot of the information you require for cycling the route on the Route Page. There are GPX maps there that will take you along the entire route. It is highly recommended to use such a map if cycling (see below).

All the route is not ideal for cycling, the portion crossing the Knockmealdown Mountains, in particular, is tricky on a bike. A few people have done it (lifting the bike over stiles and walking with it for some portions of the route).

If you don’t wish to do this you can avoid the portion of the route that walks over the most inaccessible part of the mountain above Goatenbridge:

Rather than following the route up the mountain toward the Liam Lynch trail head, turn left and head down into Goatenbridge village crossroads (there’s just a GAA field and a few houses there). Go right, as far as the outskirts of Newcastle (about 4.5km) where you can take the Mount Mellary road to the right. This brings you back onto the walking route about 5km outside Newcastle.

Continue on the road from Mount Melleray to Newcastle (rather than turning off to the left along the walking route). At the T-junction on the outskirts of Newcastle turn left as far as the tiny village of Goatenbridge (there’s just a GAA field and a few houses there).

Here you can go left (up the mountain) to rejoin the walking route road to the right. Alternatively, you can turn right in Goatenbridge, over the bridge. Keep left and follow the road onwards toward Ardfinnan. If you take the first turn to the left (just under 1km along) and the next turn to the right, you’ll be back on the walking route which will take you past Lady’s Abbey and on to Ardfinnan village.

The rest of the route is fine for cycling, although you may want a road bike, rather than a racer. Some of it is on forest track and old, recovered walking tracks, so some of it is not the smoothest.

While the route is fully waymarked, it is marked for walking, not cycling, so it can be easy to miss markers going at cycling speed. It is advised to use digital mapping software of some description to make sure you keep on track.